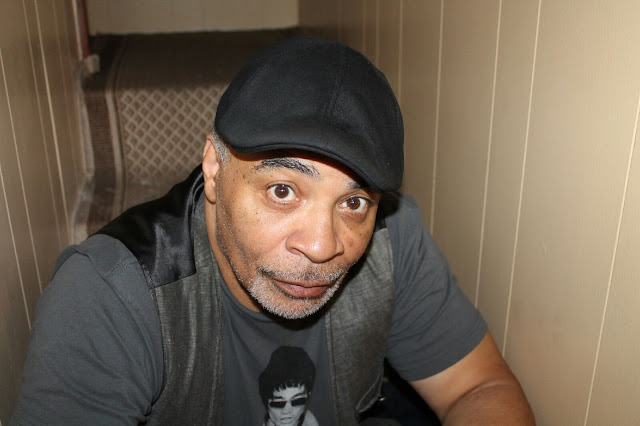 One year ago I got a call in the middle of the night. My cousin April was on the phone telling me my father was gone. I was half asleep and incoherent, not sure if I was really hearing what she was saying. She kept saying she was sorry and trying to give me more information than I could process in the moment. A stranger named Jennifer had called her with the terrible news. My uncle Trent, Pop's youngest brother, had the details. As I woke up fully, I started making calls, first to Trent, then my brothers, then Eileen (my father's longtime partner), then ... I don't know what happened. My memory isn't blank but it isn't clear either. That's probably for the best.

He passed away too close to Christmas and the new year to really have the kind of service I wanted. So we made plans for a memorial in Virginia — Pop's birthplace — in March, right after his birthday. COVID forced me to cancel that for the safety of everyone planning to attend. In the weeks leading up to it, I was tasked with writing his eulogy. I didn't get to say these words in March so I'm putting it here as a way to get it out of my head and share a goodbye.

For those who don’t know me, my name is Kelli Parker and I am Allen Leon Parker Jr.’s oldest child. I appreciate all of you coming out to remember my father and giving me an opportunity to tell you a little bit more about him. I know he would have been honored to know how many people cared enough to be here today. I’m honored to be up here speaking about my father’s life. He was certainly a character. He was one of a kind.

At just 19 years old, Al was barely an adult when I was born. One of my earliest memories with him was riding home from preschool on the back of his motorcycle. He gave me his too-big helmet to wear and told me to hold on to him as tight as my little arms could manage. He seemed larger than life.

I remember him being handsome but often angry. He worked a lot and always seemed to be searching for something more.

My parents divorced soon after my brother Scott was born. There were fewer motorcycle rides then but he was always close by. We saw him on weekends. In those visits, he taught us that life is short and often harsh, and the best way to combat all that is to “embrace the suck” and appreciate the small moments of joy life gives you. “No one owes you anything,” he would say. “Work hard. Everyday.” I know he took pride in his ability to do the work he needed to in order to make life happen. 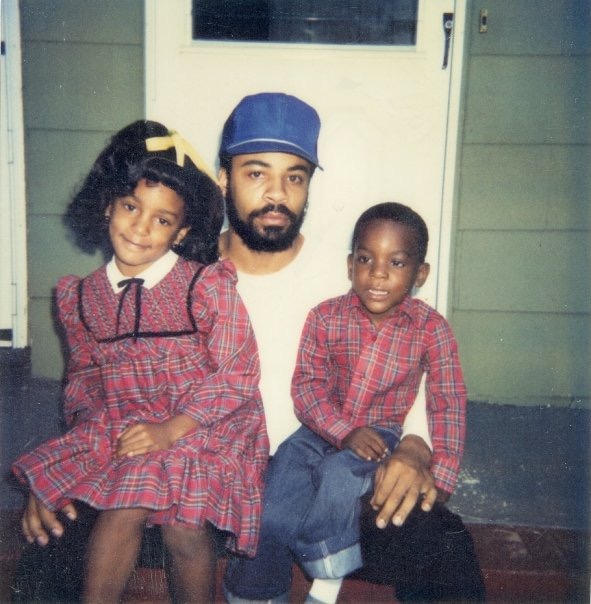 When I got the call, I was numb at first. I sat in darkness and silence for several minutes. I felt sadness, anger, relief, and shame for having all of those feelings for someone who was a huge pain in my ass.

In writing this, many places have opened within me, revealing long-hidden spaces where both anger and joy live. And in that mess of emotions, I have found a lot of pride. I have found a way back to the father who was really more of a really good friend than a father figure to me.

Allen was far from perfect. He stayed angry and a little paranoid. He was vain and selfish and unrefined. He held grudges and was a racist, sexist, homophobe. But he also loved his children and grandchildren fiercely and would do anything for them. The Biscuit had a wonderful connection to her Poppy. I will be forever grateful that she got to spend some time getting to know him. I hope her memories of him are a constant comfort.

Al Parker had a huge heart. Literally. His enlarged heart is what got him in the end. That may seem dark but he would think it was funny. And when his heart stopped, he was with new friends, in a place he really wanted to be.

I’d visited Hawaii many years ago as a small child. My memory of it is full of odd details: black sand that was too hot, shave ice, hula, Spam with rice, the largest waves I'd ever seen, and the fear they brought me.

Going back as an adult had been on "the list" for a long time but it always felt so far away. It IS far away from the mainland in a million ways.

The journey should have been under different circumstances. Instead, it was as a daughter making her father's final arrangements. After driving from Jersey and spending two months with me and my family in Charleston, I drove Pop to the Atlanta airport for his one-way flight to Hilo last September. He left everything he had ever known to take a leap of faith toward a new chapter in his life. The story was cut short by a heart literally too big to last. A dream denied.

Losing him is painful. Recognizing that he'll never be able to realize the potential of his new adventure hurts the most. After years of unhappiness, we just wanted him to live the rest of his life in tranquility. By all accounts, he loved it there. He'd made friends and found restaurants he liked and noticed the native plants enough to have favorites. He was afraid and excited at the same time. He wanted to learn more about the Big Island and all it had in store for him.

In the few days my uncle Rodney, youngest brother Jarrett and I spent there, we saw many of the same things he saw in his too-short time in paradise. I tried to see them the same way he did, with reverence and curiosity. It was really hard for me but I'm thankful I was able to make the journey. 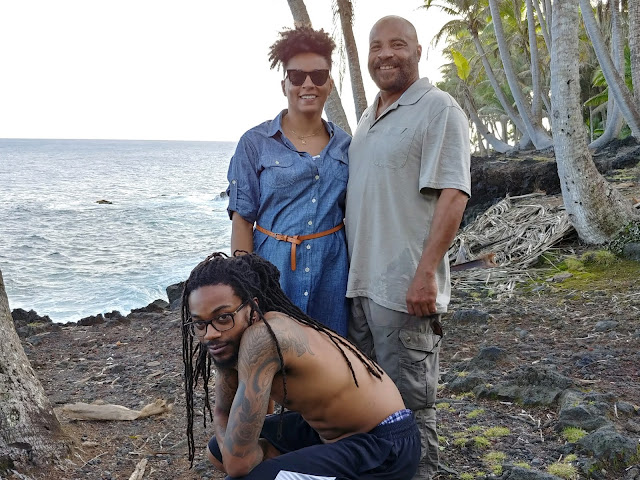 Jarrett and I took some of his ashes to a favorite spot of his overlooking the waves of Hilo Bay. Not much was said. The wind and water carried him away. But not without one last laugh.

We chose the spot to release his ashes and scouted around to make sure it wasn’t too windy. A storm was hanging over us so we had to be quick. After walking around a while, dodging waves and wind, and trying to be discreet, the wind died down just enough for us to do it. As soon as I opened the box, the wind returned and changed direction. His “cremains,” as they’re called, swirled and blew directly into our faces, covering my shirt and glasses, sticking to my lipgloss and my skin. {like in The Big Lebowski} All I could do was laugh. Jarrett just looked at me and shook his head with a smile. I don’t smoke much but a hit from the blunt was definitely in order that day. Even in death, Pop was being difficult.

Summing up my father's journey from Newsoms, Virginia to Hilo, Hawaii, I keep coming back to one thought: My father feared death because he loved life.

Music, food, parties, sunshine, flowers, birds, hard work, family. He saw beauty all around. He was a reluctant people person but he loved everyone he met. Didn’t care where they were from, what they looked like, what they had or didn’t have. He enjoyed them and collected his favorites. For all of his faults, he was fantastically likable. That’s why so many are here today. My siblings and I appreciate that very much. So thank you again for being here.

I believe in science and the first law of thermodynamics states energy can be transformed from one form to another but can be neither created nor destroyed. All of Al’s energy, every vibration, every Btu of heat, every wave of every particle that was my father remains with us in this world. The warmth that flowed through him in life is still here, still part of all that we are, even as we continue the heat of our own lives.

I hope if you take anything from my father’s life it is the importance of making memories. Because in the end, that’s all any of us have. Today, tomorrow, and in the days to come, I hope we never run out of good memories. May they be a blessing. 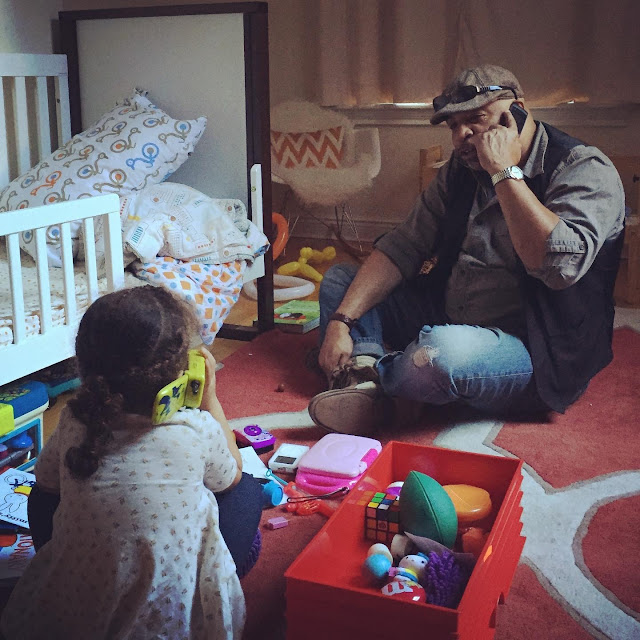 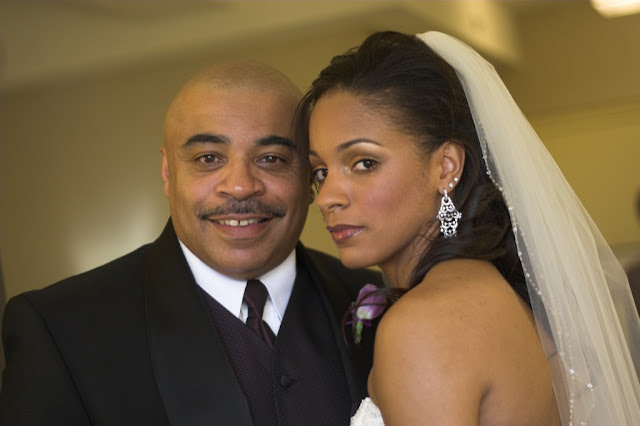 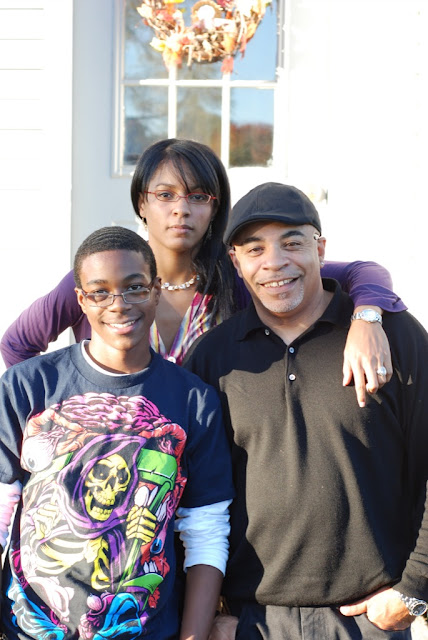 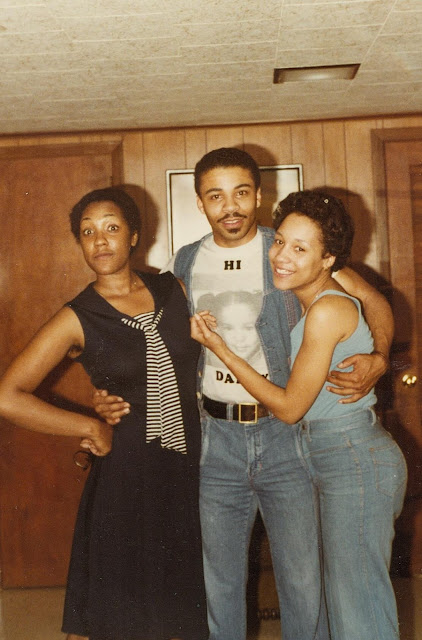 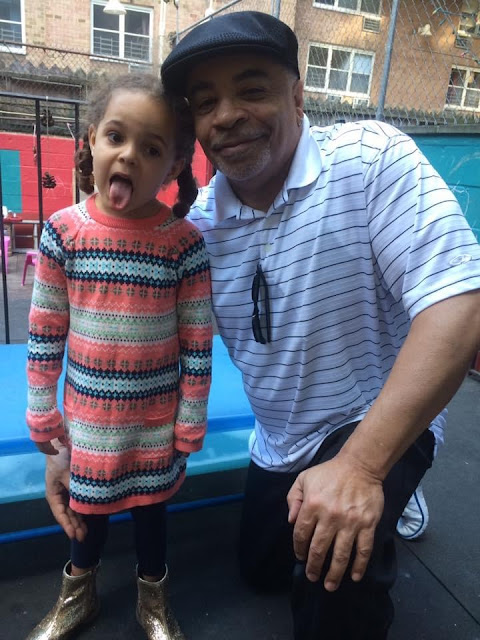 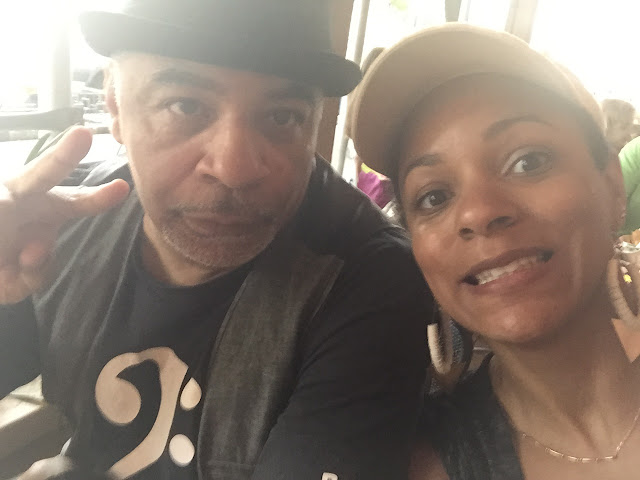 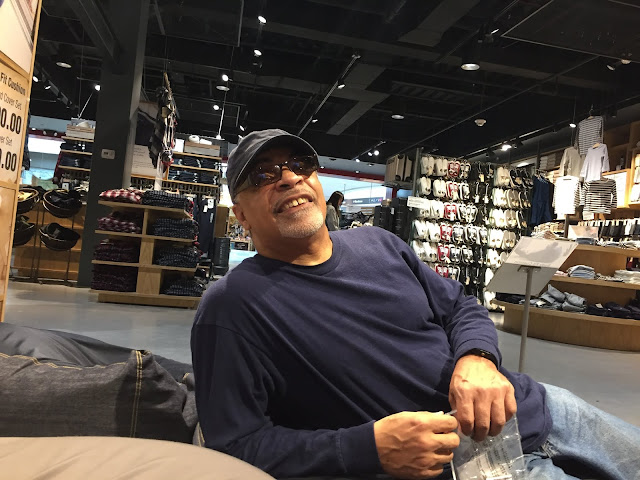 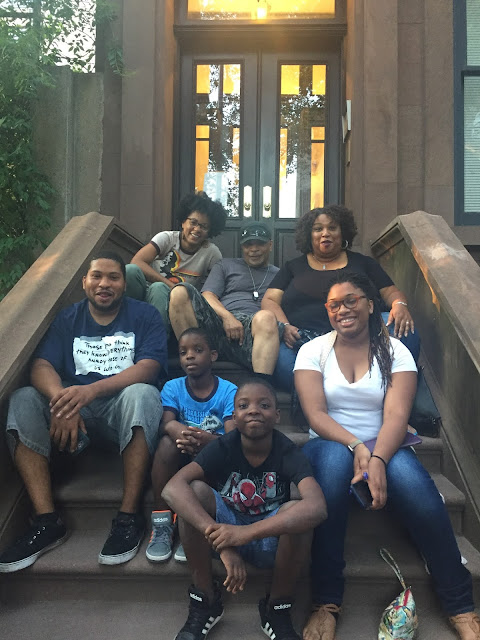 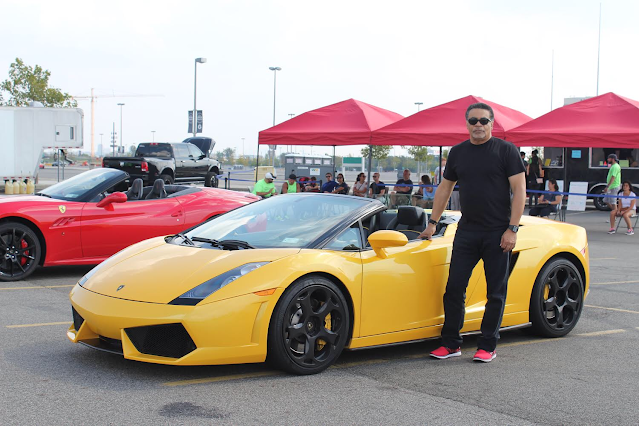 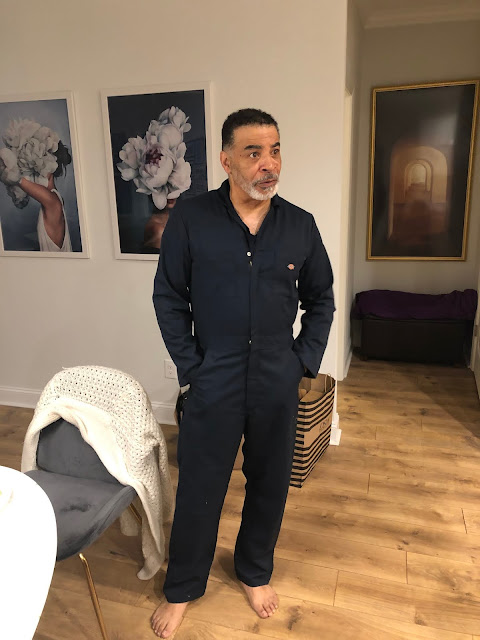 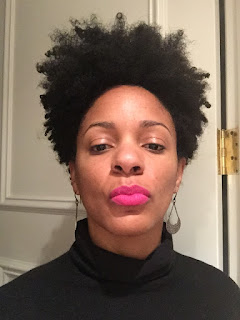